Expansion at Bahnhofsstreet only conditionally feasible

Despite the long approval period for the new planned plant on the motorway, the traditional Waltrop-based company is focusing on growth and is strengthening its team with new young engineers, especially in the design department.

Due to the construction of a new vehicle factory in Poland and because of many innovation projects, the demand on Langendorf's design department has increased considerably. "With the decision that Waltrop will remain the central design centre for all our plants, we had to create new capacities" explains the technical manager of the Langendorf Group, Ralf Bockelmann. However, since all possibilities on the site on Bahnhofstreet were already fully exhausted, creative solutions were sought. "Our first idea was to rent office space nearby and to outsource part of the construction to create more space for other areas" adds Managing Director Dr Klaus Strautmann. The decisive factor for the decision to build several office containers directly next to the administration building was the argument and the voices of the employees that the distances between the development department and production must be as short as possible in order to enable a seamless exchange. Already in the current year, five young engineers will join the team and strengthen the development of tippers, Inloaders, low loaders and innovative projects. The official move into the new temporary premises will take place at the beginning of May.

At the same time, the planning steps for the new plant at the Waltrop city limits are underway. A modern, state-of-the-art commercial vehicle factory will be built, where innovative trailers for the whole world will be produced on 13,000 m² of hall space. Currently, a variety of concepts are still being evaluated with regard to sustainability and ecologically optimal production. In the Wielton Group, the planned production facility already bears the title "Green Factory". "Langendorf is currently very satisfied with the support we are receiving, especially from the administration and also from Mayor Mittelbach," adds Dr. Strautmann about the ongoing planning. In June, the development plan for Dicken Dören is to be approved by the Waltrop city council. 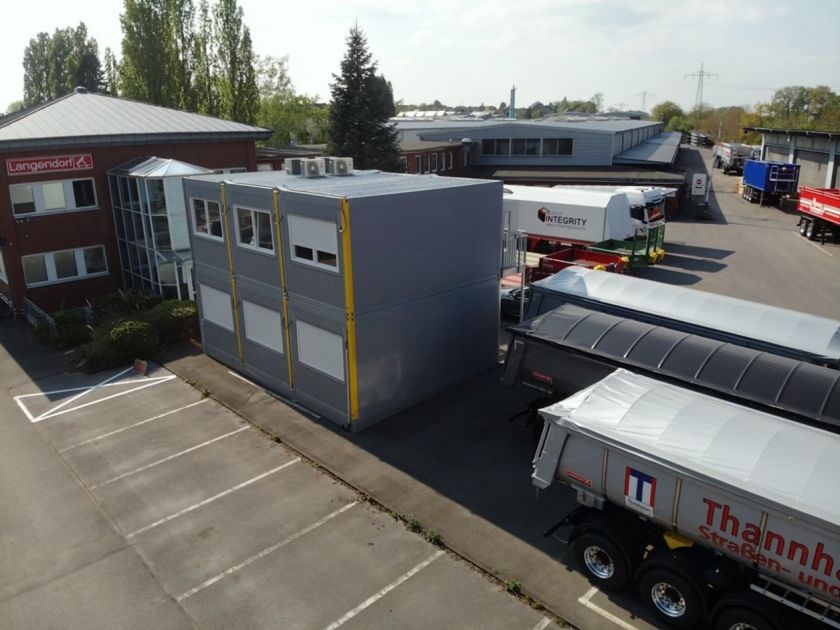 Innovation with tradition - since 1889